Talk: The “Real” value of Microfossils, by Haydon Bailey (London)

The “real” value of microfossils

Micropalaeontology, or the study of microfossils, may initially seem an esoteric subject for a desk-bound academic; but if your thinking is along these lines then you couldn’t be further from the truth. These microscopic-sized fossils can be integral to major engineering projects, can result in helicopter flights to oil rigs around the world and also to detailed forensic studies as part of serious criminal investigations or simple art restoration. The information they provide can act as a proxy for past climate change and consequently as an indicator of the changes which may await us in the future.

Microfossils are abundant and diverse in many everyday rock types found worldwide or simply out in the UK countryside; they are attractive, sometimes structurally complex, but rarely dull and boring. Because they’re not the size of a Diplodocus they’re very easy to carry home in your pocket, but they can still have impact – there would be no pyramids without microfossils.

In industry they are used every day to assist in the enhanced recovery of oil and gas on a global scale, providing massive value-added in oil production. Optimal placement and steering of production wells within “sweet spots” in the oil reservoir can enhance recovery by 30%.  With oil prices on the rise once again, the micropalaeontologist can have a major impact on hydrocarbon production and consequently, company profits. This paper attempts to put a highly estimated figure onto that added value.

In addition, they were used to define the foundations of the Thames Barrier and to steer the tunnelling machines which cut the Channel Tunnel. How can you put a value on these? Closer to home, they’re present in pharmaceuticals, in your breakfast cereals and in your supper drinks.  Definite food for thought! 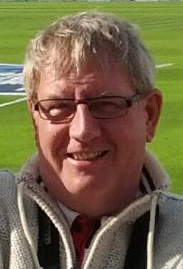 Haydon Bailey
(Thanks to: geologistsassociation.org.uk)

More information via these links

https://geologistsassociation.org.uk/councilbios [Extract is shown below]

Haydon Bailey graduated in Geology a long time ago from the University of Sheffield; he has a PhD in Chalk micropalaeontology (from Plymouth), is a Chartered Geologist and has worked as a consultant stratigrapher in the oil and gas industry for over forty years. He still specialises in Upper Cretaceous Chalk stratigraphy, although his career has led to projects throughout much of the geological time scale around Europe, Africa and the Middle East. He recently retired for the position of co-Director of Network Stratigraphic Consulting Ltd., a company he co-founded some 25 years ago. He’s a past President of the Geologists’ Association and is currently Chairman of the GA Curry Fund committee and the Awards committee. He is the Co-Ordinator for the GA SchoolRocks! initiative. He is a past Chairman and Industrial Liaison Officer of The Micropalaeontological Society. Since 2012 he has been Honorary Lecturer on the M.Sc. course in Micropalaeontology at the University of Birmingham and since January 2019 he has been a Scientific Associate of the Natural History Museum, London. He also holds the position of Geological & Environmental Adviser to the Chiltern Society (since 2008), where his initial brief was to prepare a report on the underlying geology of the Misbourne river valley. It still takes up too much of his time.

The Archaeological and Forensic Applications of Microfossils: A Deeper Understanding of Human History
https://pubs.geoscienceworld.org/books/book/2100/chapter/114593988/Calcareous-micropalaeontology-in-forensic